Warning: A non-numeric value encountered in /home/customer/www/moonrocksporthorses.com/public_html/wp-content/themes/Divi/functions.php on line 5763

“Geoffrey” completed his last show of the season this last weekend. Which included this year some Sport Horse classes, In-Hand and Under Saddle. We wanted to add to his improvement on the western pleasure aspect of him. So this was the perfect opportunity to see if he could do a smooth transition from one discipline to the other at the same show. He took a second in his first western pleasure class and a first in his sport horse under saddle. Then he took a first in his next class which was going back to western pleasure. Then he took a Championship in his next class which was sport horse again. Then the following day he took a Reserve Champion in western pleasure. We are very proud of him.

“Geoffrey” did his dressage test last night at 8:41 PM and gave Joyce a good solid ride. He won him the Blue Ribbon and a score of 68.240. He watched the horse before him with great intent and looked at us as if to say, “Let’s go. I can do this.” And he did. He has qualified for Regionals. Today he does hunt classes and in-hand. We are so incredibly proud of him. He was a happy little big guy when he went to bed. He did his job.

By the way, last month I received a check in the mail for Geoffrey for $522.00. From Sport Horse fund that apparently all Moon’s babies qualify for if they are shown at National level. I had no idea he was enrolled. No one said a thing when I bought him. It was such a great surprise. I wanted to tell you. Thank You! Melinda keeps reminding me to tell you. So, there I have done it. I can now tell her, “I told, Catherine.”

“I purchased Done N Style when he was a yearling. He has been under saddle for a year now with Joyce Thomas as his trainer. This year he took a Top Five at Region 5 Sport Horse In-Hand. We are looking forward to a promising first show season under saddle in 2010 and are aiming for qualifications to go to Sport Horse Nationals in Nampa, Idaho. We are very excited about this horse as he has the sweetest disposition and the smoothest gaits you could ever want in a horse. He is our dream horse.” 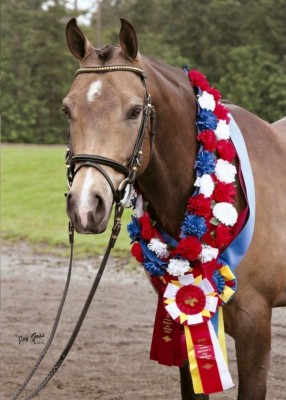 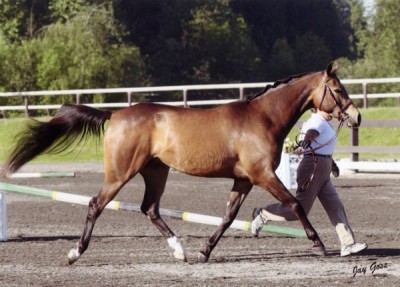 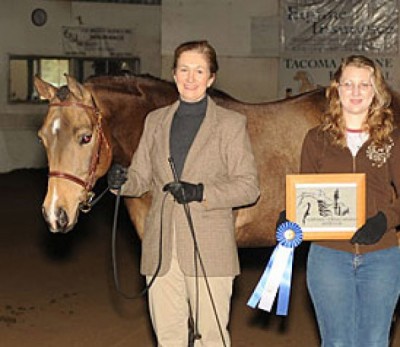 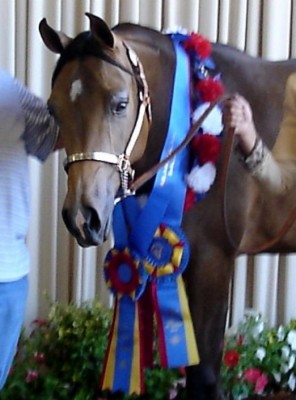 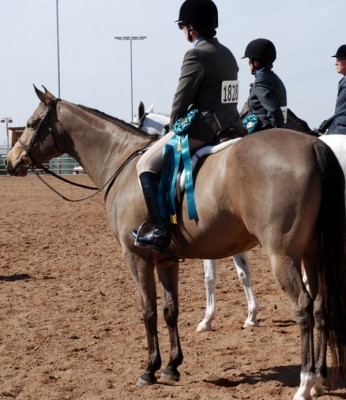 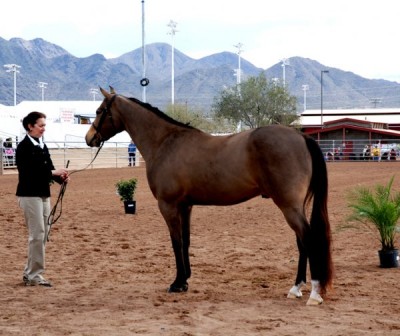 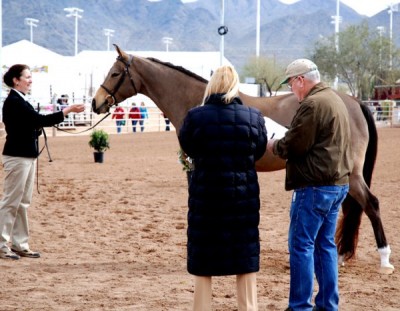 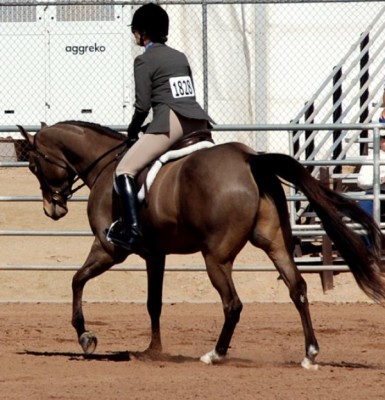 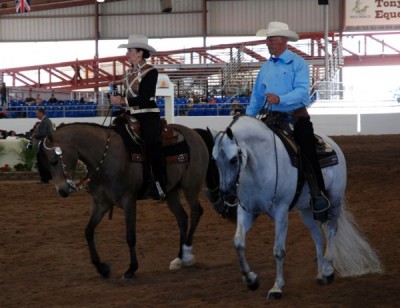 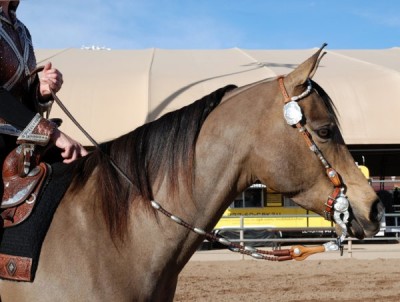 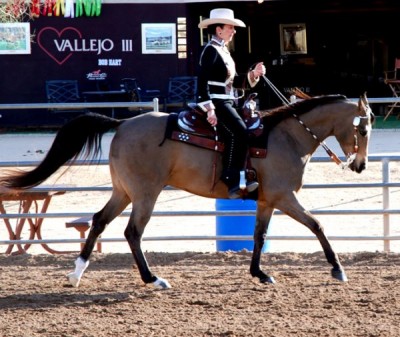